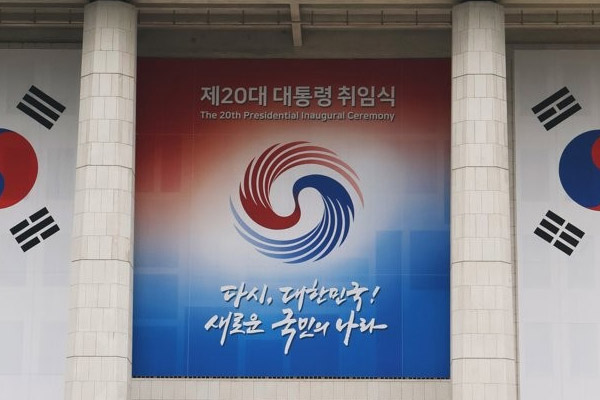 At a press conference on Friday, the committee confirmed that the U.S. will entrust Second Gentleman Douglas Emhoff, the husband of Vice President Kamala Harris, to lead a delegation to the inauguration ceremony.

The eight-member delegation will include Secretary of Labor Martin Walsh as well as four high-profile Korean Americans, including Marilyn Strickland, one of the first three Korean American congresswomen, and Min Jin Lee, author of the best-selling book “Pachinko.”

Chinese Vice President Wang Qishan, considered one of the closest aides to Chinese President Xi Jinping, will attend the inauguration as Beijing seeks to expand its influence in the region. Wang will be the highest-ranking Chinese official ever to attend a South Korean president's inauguration.