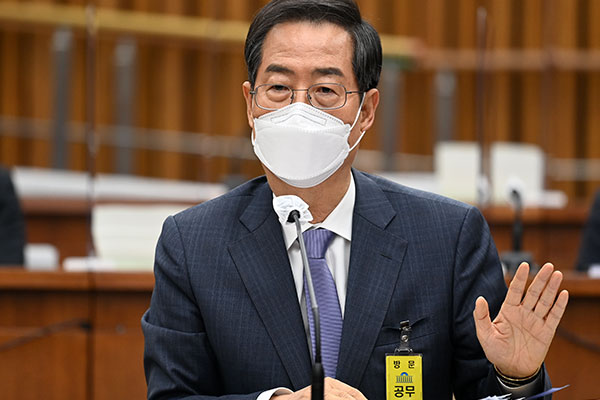 The ruling People Power Party and the main opposition Democratic Party(DP) reached the agreement during a meeting between their floor leaders on Tuesday.

The vote will be held on Friday, 47 days after Yoon named the former prime minister as the nominee to be the inaugural prime minister of his administration.

By law, a nominee for prime minister can be appointed to the post only if at least half of lawmakers at the 300-member National Assembly take part in voting, and at least half of those present vote in favor of the appointment.

It is still unknown whether the DP, which has 167 seats in parliament, will approve Han’s appointment. The party earlier concluded negatively about his qualifications following his two-day confirmation hearings held through May 3, taking issue with some of the allegations of misconduct directed at the nominee.
Share
Print
List