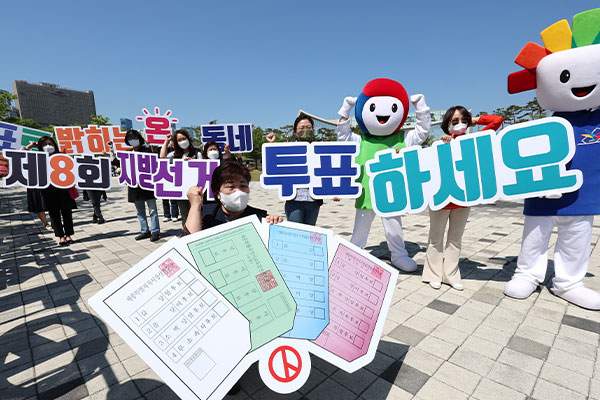 Party leaders made appeals to voters as candidates running in the June 1 local elections and parliamentary by-elections began campaigning on Thursday upon the opening of the official period.

Main opposition Democratic Party(DP) interim co-chief Park Ji-hyun promised that candidates from her party are prepared to work hard, while calling on supporters to help settle the score for its defeat in the presidential election and prevent tyranny by the prosecution.

The leadership from both the ruling and main opposition parties held a ceremony in Incheon, one of the most contested regions in the capital area, to mark the start of campaigning.

In addition to the standard posts on the ballot, Incheon also features a parliamentary by-election for the Gyeyang-B District, a seat which former DP presidential candidate Lee Jae-myung is seeking to win to enter the National Assembly for the first time.
Share
Print
List