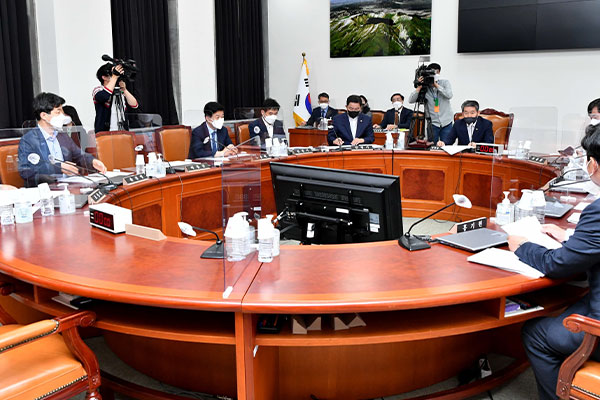 South Korea's National Intelligence Service says North Korea is ready for a nuclear test, and is waiting for the right timing to conduct the test.

Ha Tae-keung of the ruling People Power Party(PPP) on Thursday revealed details of the closed-door meeting of the National Assembly's Intelligence Committee on an NIS report on North Korea.

When asked about the possibility of North Korea's missile launch coinciding with U.S. President Joe Biden's visit to Seoul, Ha said there are signs of a possible launch, and the NIS believes Pyongyang is making launch preparations.

Kim Byung-kee of the main opposition Democratic Party echoed his claims, saying signs of missile launch readiness have been detected and nuclear test preparations are nearly complete. He added that it is likely to be an intercontinental ballistic missile(ICBM).

On the COVID-19 pandemic situation in North Korea, Ha and Kim said the virus appears to have spread since late last month amid a large influx of soldiers and representatives to Pyongyang after the military parade.
Share
Print
List