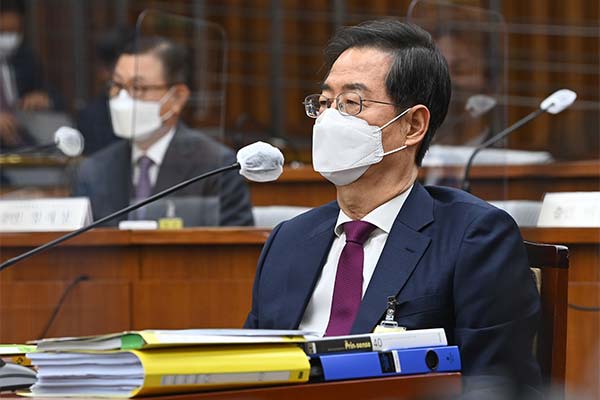 The National Assembly will hold a vote on the confirmation of prime minister nominee Han Duck-soo on Friday.

The assembly is set to hold a plenary session at 4 p.m. to vote on Han's nomination, 47 days after President Yoon Suk Yeol named Han as his first prime minister nominee.

The main opposition Democratic Party(DP), which has 167 seats in the 300-seat assembly, holds the key to Han's nomination. A majority of all parliamentary members must be in attendance and over half of them must vote for the nomination.

The DP, having declared Han as unqualified due to his post-government career at a law firm, plans to hold a meeting of party members on Friday to decide its position on the matter.

The ruling People Power Party is calling for the DP's cooperation, saying that the opposition party should not hinder the operation of the new government.
Share
Print
List