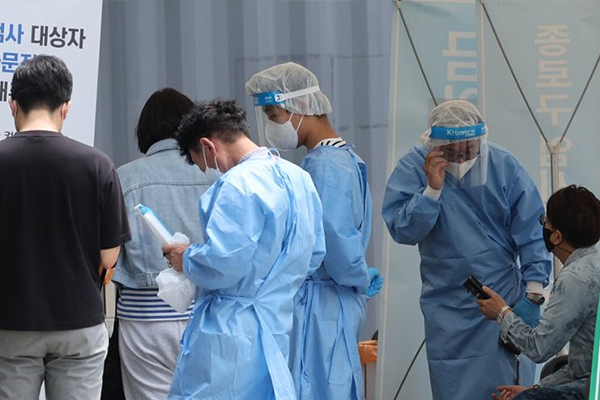 The Korea Disease Control and Prevention Agency(KDCA) said Saturday that 23-thousand-451 infections were reported throughout Friday, including 11 from overseas.

The tally is down by six-thousand from a week earlier.

The country's accumulated caseload is over 17-point-nine-million.

The number of critically ill hospitalized patients is down by 16 from the previous day, at 235.  Friday saw 26 deaths, raising the death toll to 23-thousand-911. The fatality rate stands at zero-point-13 percent.