S. Korea, US to Upgrade Dialogue on Industrial Cooperation 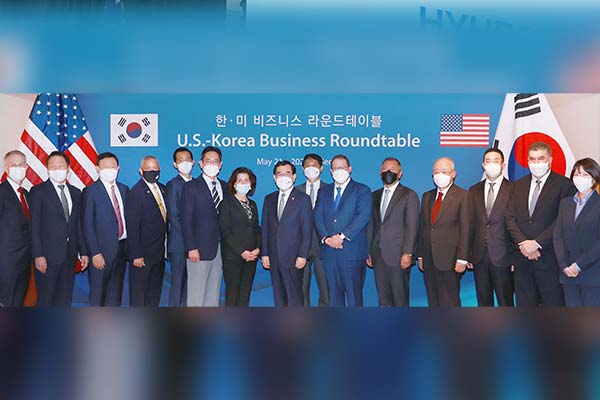 Industry ministers and businesspeople from South Korea and the U.S. held talks in Seoul on the sidelines of President Joe Biden's visit to Korea.

According to the Trade, Industry and Energy Ministry, Minister Lee Chang-yang met with U.S. Commerce Secretary Gina Raimondo at a Seoul hotel on Saturday morning.

Noting that weakened global supply chains were fueling instability, the two sides agreed to a joint response by combining Korea's manufacturing capacity with the technological prowess of the U.S.

To this aim, the two sides signed a memorandum of understanding (MOU) on upgrading their existing director-level dialogue on industrial cooperation to a ministerial-level dialogue.

Under the agreement, talks will be held once a year to discuss a range of issues related to economic security, including supply chains, the digital economy, healthcare and export control.

Lee and Raimondo also shared the view that the soon-to-launch Indo-Pacific Economic Framework (IPEF) will contribute to establishing a resilient and sustainable economic order in the region.

Regarding cooperation on semiconductors, Lee asked for U.S. support for Korean firms including SMEs.

After their talks, the two officials also jointly presided over a roundtable meeting that brought together 16 business executives, eight from each side, including the heads of South Korea's top five conglomerates.