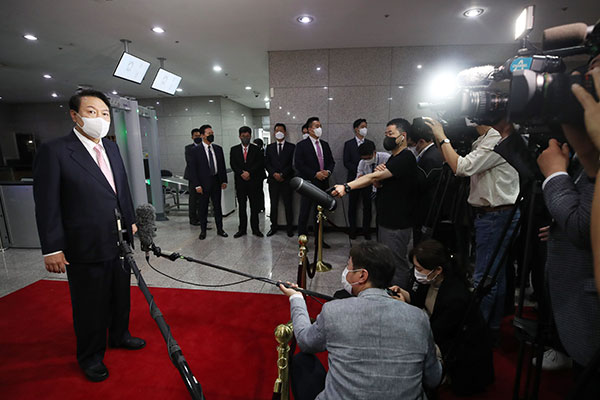 President Yoon Suk Yeol will attend a virtual summit on Monday where the new U.S.-led economic framework for the Indo-Pacific region will be launched.

Yoon already expressed his intent to join the IPEF during a joint press conference after his summit with U.S. President Joe Biden on Saturday.

In a joint statement, the two leaders expressed commitment to close cooperation through the IPEF on the principles of openness, transparency and inclusiveness.

The U.S.-led IPEF is aimed at strengthening cooperation between the U.S. and its allies in the Indo-Pacific region, but is widely seen as Washington's campaign to counter the growing influence of China in the region.
Share
Print
List