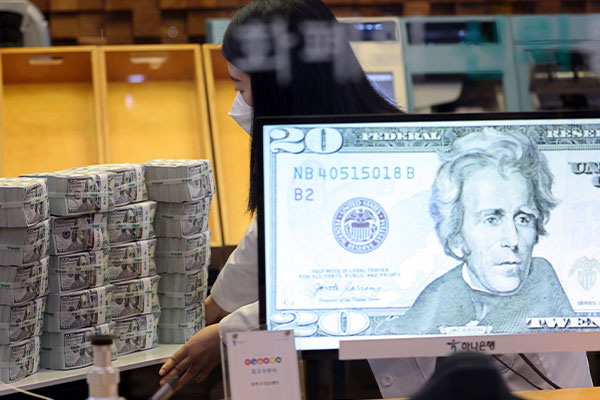 Foreign currency deposits at South Korean banks dropped for the second consecutive month in April, a decrease partially attributed to growing withdrawals by companies to cover overseas investments and imports.

According to the Bank of Korea on Monday, residents' outstanding deposits of foreign currencies stood at 86.99 billion U.S. dollars at the end of April, down 5.72 billion dollars from the previous month.

Foreign currency deposits by residents include those by local citizens and companies as well as foreigners residing in the country for over six months and those made by foreign firms.

The central bank explained that in addition to the withdrawals by corporate entities, individuals also offloaded greenbacks to cash in on the dollar’s rising value against the local currency.

The daily average of the won against the dollar stood at 1-thousand-235-point-one in April, up 13-point-8 won from the previous month.
Share
Print
List