First Ozone Advisory of the Year Triggered for All of Seoul 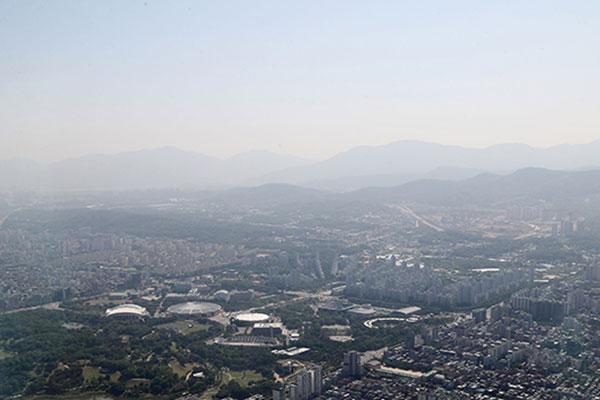 The Seoul Metropolitan Government has issued its first ozone advisory of the year for all of the capital city.

As of 2 p.m. on Monday, the metropolitan government's advisory applied for all 25 metropolitan districts, which cautioned the public from outdoor activities.

In some districts, including Gangseo and Seodaemun, ozone levels were as high as zero-point-137 parts per million(ppm), a measurement of ozone concentration in the air by volume.

The metropolitan government issues an advisory for a district when it records an average ozone concentration level for an hour of zero-point-12 ppm or higher.
Share
Print
List