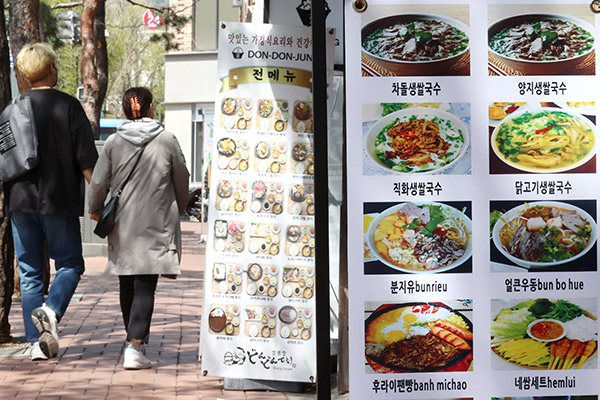 Expectations for inflation over the next 12 months among Korean consumers hit the highest level in about a decade.

According to the Bank of Korea on Tuesday, inflation expectations marked three-point-three percent in May, up zero-point-two percentage points from a month earlier.

The May reading represents the highest in nine years and seven months since October 2012, when it marked three-point-three percent.

The perceived inflation measured by a household survey over the past year also rose by zero-point-two percentage points to three-point-four percent in May, the highest in nine years and four months.

The country's consumer sentiment index came to 102-point-six in May, down one-point-two points from a month earlier.

The central bank said the consumer sentiment appears to have worsened due to continued rises in prices, growing uncertainties in the financial market and the prolonged war in Ukraine.
Share
Print
List