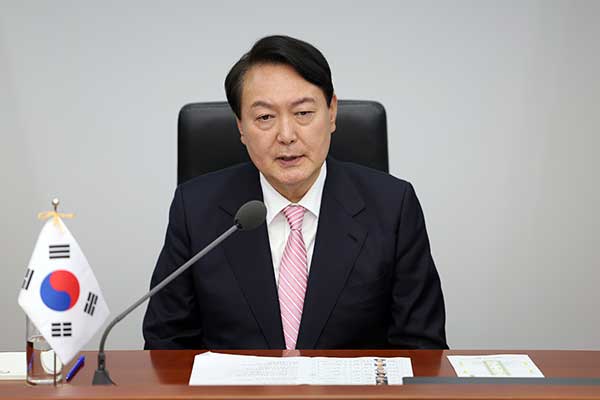 President Yoon Suk Yeol has made Time magazine's list of the 100 most influential people of 2022.

The presidential office said on Monday that Yoon was chosen in the category of leaders.

The weekly U.S.-based magazine compiles an annual list of the 100 most influential people in six categories – artists, innovators, titans, leaders, icons and pioneers.

Releasing the list, Time said on its website that Yoon is a "a former prosecutor with little foreign policy experience" who is "determined to take on the challenge" posed by North Korea's nuclear weapons program.

Meanwhile, Hwang Dong-hyuk, the director of the hit Netflix series "Squid Game," ranked among the most influential people in the category of titans.
Share
Print
List