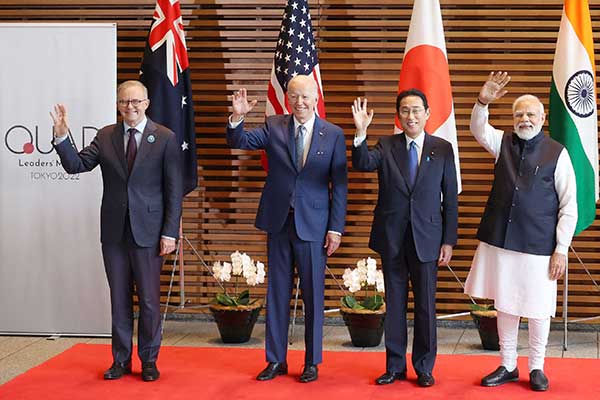 Leaders of the Quad security forum have agreed to work toward the complete denuclearization of North Korea, according to Japanese Prime Minister Fumio Kishida.

In a press conference following the Quad summit in Tokyo on Tuesday, Kishida said North Korea has fired multiple ballistic missiles just in the course of this month and remains very active in its missile and nuclear activities.

The prime minister said North Korea was discussed by members of the Quad – that is Japan, the U.S., Australia and India – which agreed to cooperate on denuclearization efforts.

The Japanese leader said there were also discussions on the North's suspected COVID-19 outbreak and the need to prevent the formation of a geographical vacuum.

He added the four leaders also agreed on the necessity to immediately resolve the issue of Japanese abductees in North Korea.
Share
Print
List