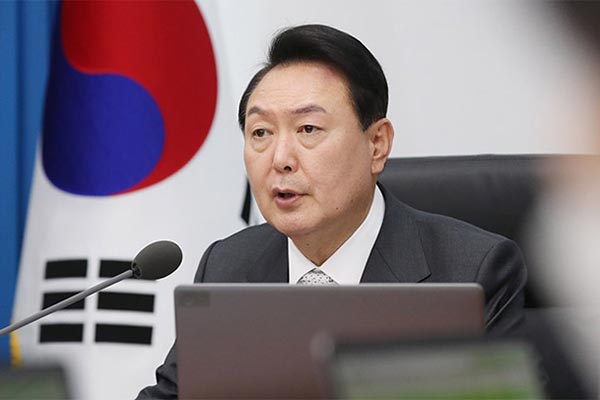 President Yoon Suk Yeol convened a meeting of the National Security Council(NSC) on Wednesday morning after North Korea fired three ballistic missiles into the East Sea earlier in the day.

According to the presidential office on Wednesday, the NSC meeting was scheduled to begin at 7:30 a.m. It marks the first time Yoon is presiding over an NSC meeting since the launch of his administration earlier this month.

Kim Sung-han, head of the presidential National Security Office, had previously led a meeting of the NSC standing committee when the North fired a ballistic missile on May 12, two days after Yoon took office.

According to the Joint Chiefs of Staff, the latest missile launches, which came four days after the South Korea-U.S. summit, occurred in the span of 42 minutes from 6 a.m. with further details under analysis.
Share
Print
List