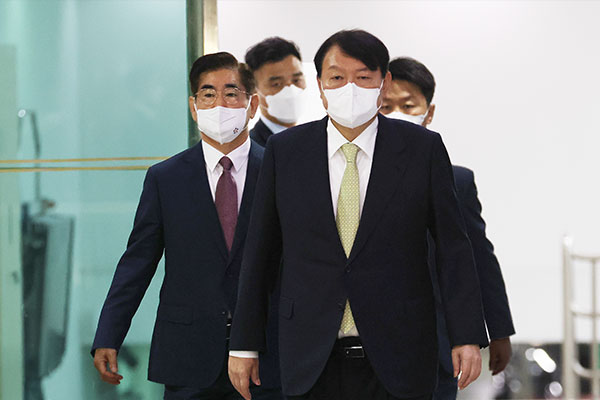 The presidential office said the meeting’s participants agreed that the latest launches were a violation of UN Security Council resolutions and a serious provocation that not only raises tensions in the region but also threatens world peace.

The top office noted that the launches were carried out before President Joe Biden landed in the U.S. from his five-day trip to South Korea and Japan.

The office said Yoon ordered government agencies to work closely with related organizations and the international community based on cooperation between Seoul and Washington to thoroughly implement international sanctions on the North.
Share
Print
List