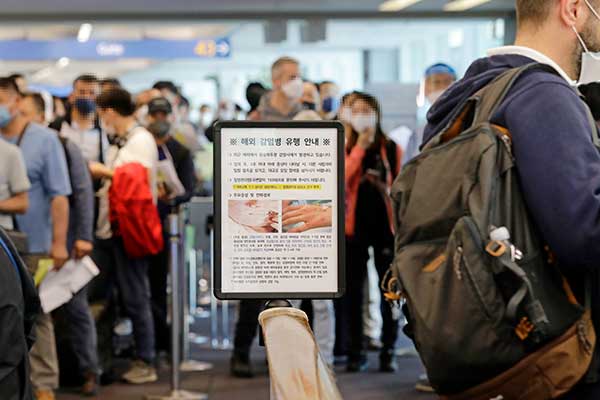 South Korea has reported its first suspected cases of monkeypox amid global concerns that the virus may become the next epidemic.

The Korea Disease Control and Prevention Agency said on Wednesday that it received reports the previous day of two people suspected to have contracted monkeypox and is conducting related tests on the suspected cases.

One of the two patients, whose identities are not being made public, was transported to an isolation ward at Incheon Medical Center at around 9:40 p.m. on Tuesday for medical examinations, according to the Incheon-based hospital.

The person reportedly displayed symptoms while entering the country via Incheon International Airport.