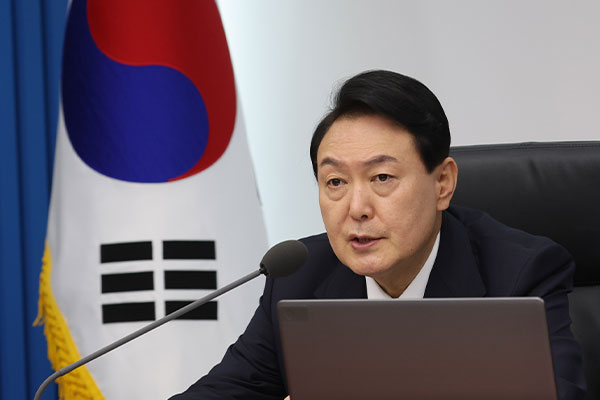 President Yoon Suk Yeol has ordered quarantine authorities to strengthen the monitoring of people entering the nation after two people who arrived from abroad showed symptoms of monkeypox.

A presidential official said on Wednesday that the president instructed quarantine authorities to boost efforts to monitor international arrivals at the nation’s airports and to closely watch for reports of more cases in the nation.

Yoon also called on quarantine authorities to be fully prepared to swiftly supply medical institutions with vaccines and treatments held by the government if necessary. He also ordered authorities to promptly finalize the introduction of third-generation vaccines and antiviral medication to treat monkeypox.

The official said the Korea Disease Control and Prevention Agency will issue a press statement later in the day after PCR test results come back for the two people suspected of having contracted the viral disease.
Share
Print
List