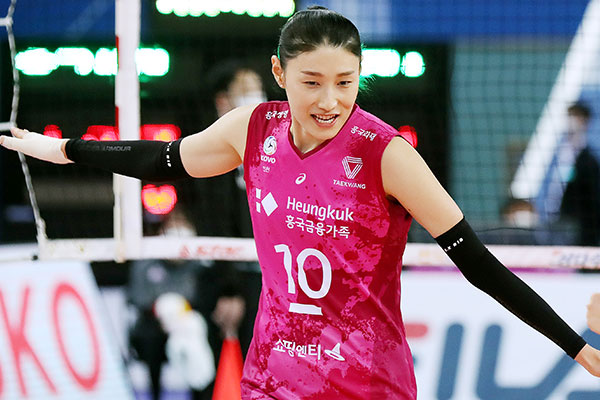 National volleyball legend Kim Yeon-koung will return to the domestic professional league, having signed a one-year contract with Heungkuk Life Pink Spiders for the 2022-2023 season.

The club announced on Tuesday that the 34-year-old signed the biggest contract of the season in the women’s professional volleyball league, worth up to 700 million won, with 450 million won in guaranteed salary and a possible 250 million won in incentives.

The deal will bring Kim back to the V-League and the Pink Spiders after two seasons, having spent the past season in Shanghai.

Kim, who recently returned from personal training in the United States, reportedly turned down an offer from a European club to be closer to South Korean fans.

The star player is expected to participate in the 2022 Korean Volleyball Federation Cup set to be held in Suncheon, South Jeolla Province, in August.
Share
Print
List