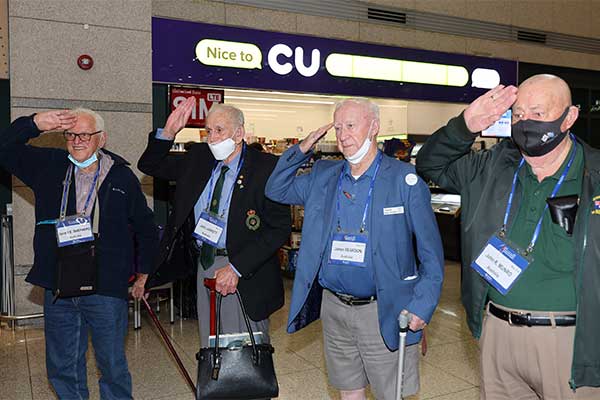 Around 60 Korean War veterans and their families from overseas have been invited to tour the former presidential compound of Cheong Wa Dae on Sunday.

The guests are from nine countries including the U.S., Australia and the Philippines.

The visit is part of a six-day program that began Thursday hosted by the Ministry of Patriots and Veterans Affairs.

Most veterans are over 85 and need wheelchairs. Therefore the tour will avoid hilly areas and stay on flat ground, and could be canceled if it rains.

A group of some 30 South Korean prisoners of war who escaped the North during the Korean War and their families also toured Cheong Wa Dae on June 15.

The Cultural Heritage Administrative said that June is the month of patriots and veterans in South Korea and the invitation is to express gratitude to all those from home and abroad who fought in the war 72 years ago and also to promote the significance of the former presidential office site now being open to the public.
Share
Print
List