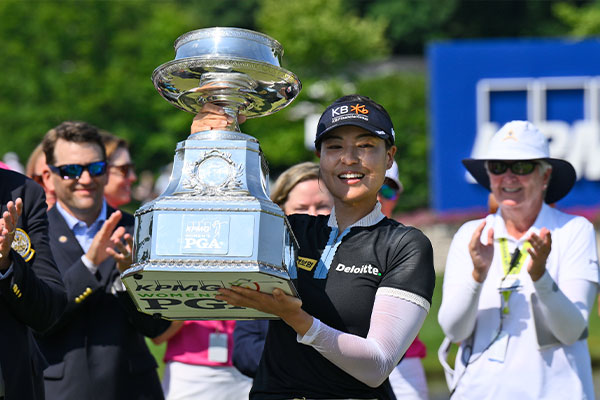 Chun shot three-over-75 in the final round of the KPMG Women's PGA Championship at the Congressional Country Club in Maryland in the United States on Sunday.

The 27-year-old golfer finished five-under-283 to win the championship, beating Lexi Thompson of the United States and Minjee Lee of Australia by one stroke.

It marks Chun's first LPGA win in three years and eight months since October 2018. She now has four LPGA wins, with three of them from majors.