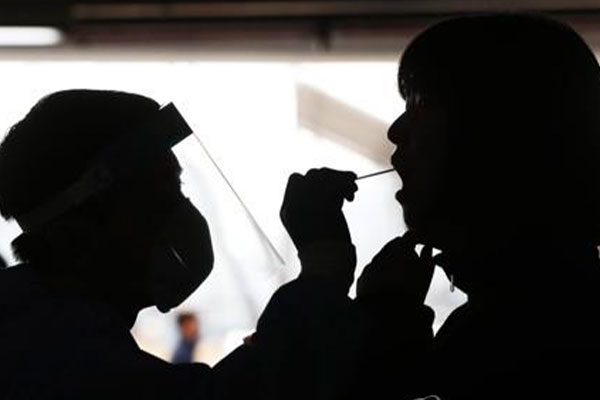 The number of new COVID-19 cases in South Korea posted over ten-thousand for a second day.

The Korea Disease Control and Prevention Agency said Sunday that ten-thousand-59 infections were reported throughout the previous day, including 191 from overseas, bringing the total caseload to about 18 million-389-thousand.

The tally is up by nearly four-thousand from a week ago.

Of the new cases, those aged 60 and older account for over 14 percent, and minors 18 and younger 20-point-three percent.

The number of critically or seriously ill patients receiving care at medical facilities remains unchanged from Saturday at 53.

Eight additional deaths were reported in the past 24 hours, raising the death toll to 24-thousand-570. The overall fatality rate remains at zero-point-13 percent.

Over 58-hundred hospital beds are set aside for COVID-19 patients and just five-point-seven percent of ICU beds are currently in use. Treatment centers handling patients with mild symptoms report an occupancy rate of 24-point-one percent.
Share
Print
List