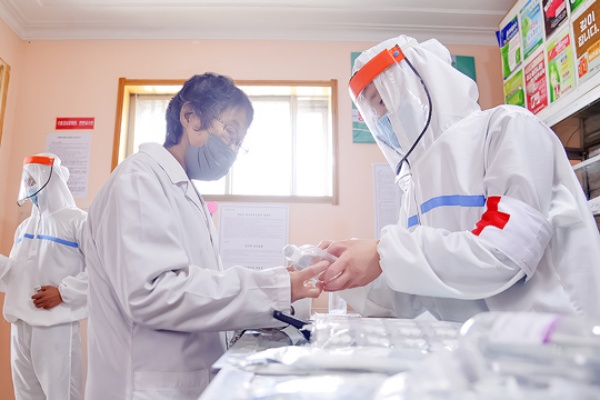 North Korea claimed that its fever-related daily cases suspected to be COVID-19 fell below four-thousand.

The North’s official Korean Central News Agency (KCNA) reported on Sunday that around three-thousand-540 new fever patients were confirmed in the 24-hour period leading up to 6 p.m. Saturday nationwide.

Quoting the nation's state emergency epidemic prevention headquarters, the KCNA said that about four-thousand-490 patients recovered during the same period.

According to the North's official tallies, daily new fever cases remain below ten-thousand for the ninth consecutive day since June 24.

North Korean officials did not mention new deaths, the death toll or the fatality rate.

Cumulative cases in the North compiled since late April grew to nearly four-point-75 million, with North Korean authorities claiming that 99-point-eight percent of them have fully recovered.
Share
Print
List