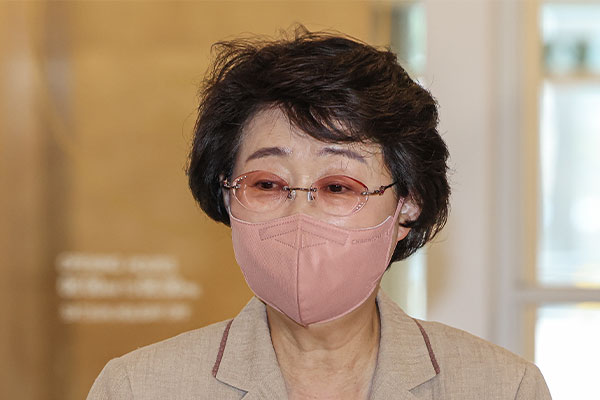 Health minister nominee Kim Seung-hee has resigned amid allegations that she spent political funds for her own personal use.

In a statement on Monday, Kim said although she had repeatedly denied the allegations based on objective facts, her reputation as a public official has been damaged and her family hurt in the process.

Kim further denied the allegations, which the National Election Commission(NEC) had asked the prosecution to investigate, saying no political funds were used for personal reasons and that the problem was caused by an accounting error.

Kim is accused of violating the Political Funds Act when she was a lawmaker during the 20th National Assembly.

Kim said that, as the one in charge of management, she will accept responsibility for what happened.