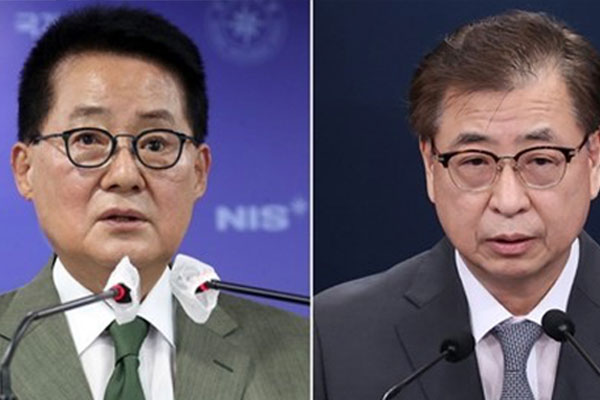 Park is accused of deleting intelligence reports related to the killing of a fisheries official by the North Korean military near the western maritime boundary in 2020 without authorization.

The unit assigned to handle Park's case is probing what led the Moon administration to conclude that the official had attempted to defect to the North and whether it had responded appropriately to the incident.

Suh is suspected of abruptly terminating a joint government investigation into two North Korean sailors who allegedly killed 16 fellow crew members before crossing the border in 2019.

Although the two men had expressed their intent to defect to South Korea, the Moon government repatriated them to the North through Panmunjeom.
Share
Print
List