N. Korea Vows to Advance Ties with ASEAN on Anniv. of Joining ARF 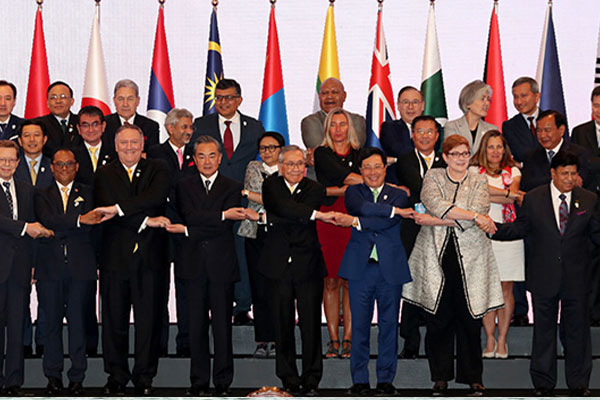 North Korea has vowed to advance relations with member countries of the Association of Southeast Asian Nations(ASEAN) as it marks the 22nd anniversary of its admittance into ARF, or the ASEAN Regional Forum.

He said the decades-long history between the North and ASEAN members is proof that respect for autonomy and independence is the foundation of the development of bilateral relations.

The official said North Korea will continue to advance ties with the regional bloc without interruption and will make sincere efforts to jointly safeguard peace and security.

Pak claimed that reckless military provocations and the hostile policy against the North by the U.S. and its followers are increasing the risk of a nuclear war for the whole Asia-Pacific region.

The ASEAN Regional Forum is the only multilateral security organization North Korea remains part of. Its 2022 meeting will open on August 5 in the Cambodian capital of Phnom Penh.
Share
Print
List