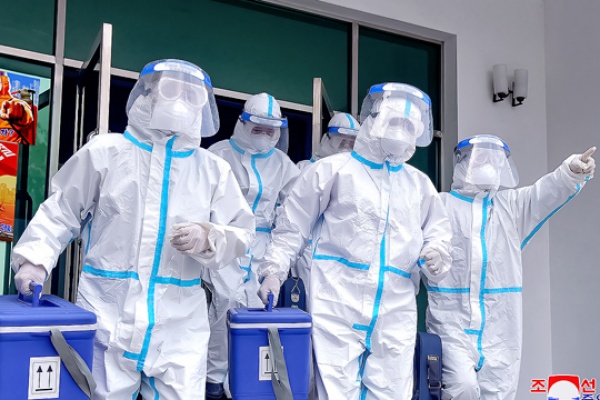 North Korea said it will hold a national meeting to review its emergency anti-epidemic policy in early August.

According to the North's state-run Korean Central News Agency(KCNA) on Monday, the Central Committee of the ruling Workers' Party and the Cabinet decided to convene a national meeting to conduct an emergency anti-epidemic review early August.

The meeting will reportedly review the achievements and lessons from the national antivirus efforts and to confirm the new orientation of its quarantine policy.

The meeting comes as North Korea recently reported no new fever cases suspected to be COVID-19.

The North is claiming that the country's quarantine situation entered a phase of stability, but has yet to declare an official end of the epidemic.

North Korea said on Monday that it once again had no new fever cases suspected to be COVID-19, extending its streak of zero reported cases to a tenth day.
Share
Print
List