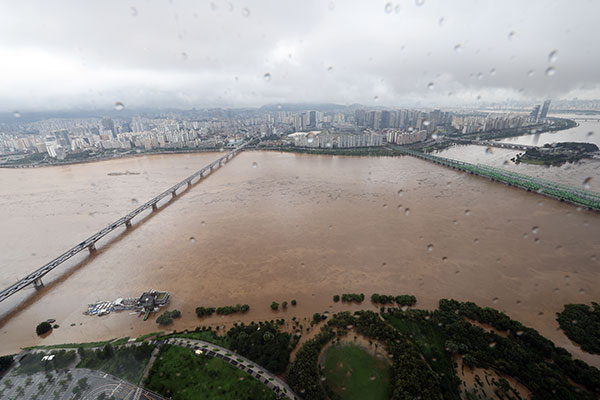 The latest bout of torrential rain pounding Seoul and surrounding areas will continue to batter Korea’s central regions, extending to its southern portions by Friday.

The Korea Meteorological Administration(KMA) forecast Tuesday that the stationary front that delivered the heaviest rainfall in 80 years will stay above the Korean peninsula until Friday.

The KMA warned that any region with a strong rain cloud formation could see up to 100 millimeters of precipitation per hour.
Share
Print
List