Number of Dead, Missing due to Heavy Rains in Central Region Climbs to 16 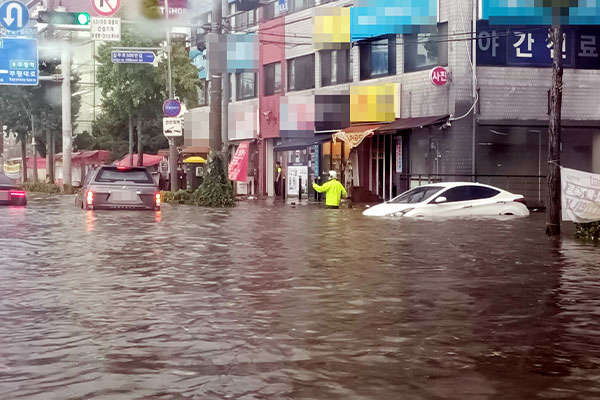 The death toll from heavy rains that pummeled the nation’s central region this week has climbed to nine while seven others remain missing.

Around 26-hundred private housing and commercial structure units were inundated, including 24-hundred in Seoul, while as much as five hectares of farmland were flooded. A total of 11 landslides have been reported so far.

The cumulative precipitation from Monday until 5 a.m. Wednesday stood at 525 millimeters for Seoul and 526-point-two millimeters for Yangpyeong, Gyeonggi Province.
Share
Print
List