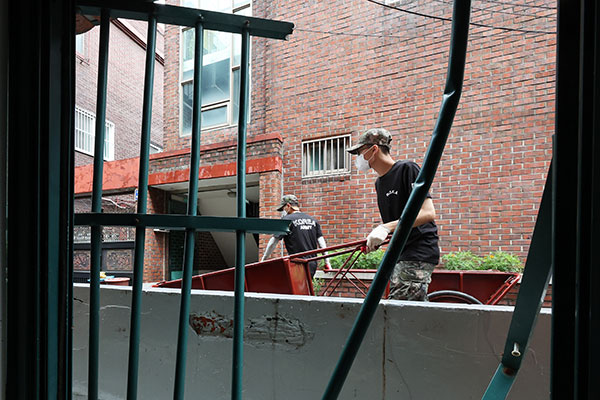 The death toll from this week's heavy rains that battered the nation’s central region has climbed to 13 while six others remain missing.

According to the Central Disaster and Safety Countermeasures Headquarters, as of 11 a.m. Friday, a total of 13 people are confirmed dead – eight in Seoul, three in Gyeonggi Province and two in Gangwon Province.

Eighteen people – 16 in Gyeonggi and two in Seoul – were injured, while six others remain unaccounted for.

The number of casualties has been adjusted to reflect two additional deaths, with authorities having found the bodies of two adult siblings who went missing on Monday after being sucked into a manhole in southern Seoul. The brother was found on Wednesday and the sister on Thursday night.

About three-thousand-820 private facilities, 126 schools and 80 military facilities were reported damaged, while more than one-thousand hectares of farmland were flooded. A total of 104 landslides have been reported so far.
Share
Print
List