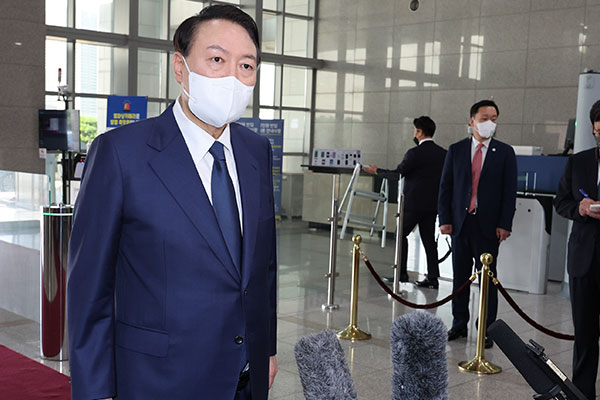 President Yoon Suk Yeol says he focused primarily on people’s livelihoods and economic recovery when considering who to grant special pardons to on the occasion of Liberation Day next Monday.

The president made the remark to reporters on Friday on his way to work, adding that he will convene an extra meeting of the Cabinet later in the day to pass a motion on the special pardons.

Yoon said the people’s livelihood is the most important issue as economic uncertainties and volatility continue to expand throughout the globe.

Stating that the nation can breathe easily again once the nation is actively back on track, he added that he also prioritized economic recovery in considering the pardons.

Yoon’s remarks suggest that Samsung Electronics’ Vice Chairman Lee Jae-yong, Lotte Group Chairman Shin Dong-bin and other economic heavyweights will be among those who will receive pardon.