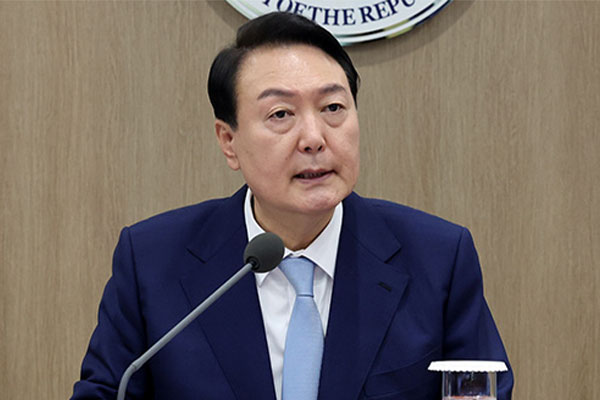 President Yoon Suk Yeol said today's freedom is built upon the sacrifice of independence fighters who gave their lives during the Japanese colonial period.

In a speech at the Seoul National Cemetery on Sunday, a day prior to Liberation Day, Yoon said that South Korea will remember the sacrifices and dedication of even those whose names are not known.

The speech was made in a ceremony to commemorate 17 members of the Korean Liberation Army whose remains had been buried together in a cemetery in Seoul for KLA members, but will be moved to the Daejeon National Cemetery.

Calling out the names of the 17 independence fighters, he said the government will spare no effort in honoring those who sacrificed their lives for the nation.
Share
Print
List