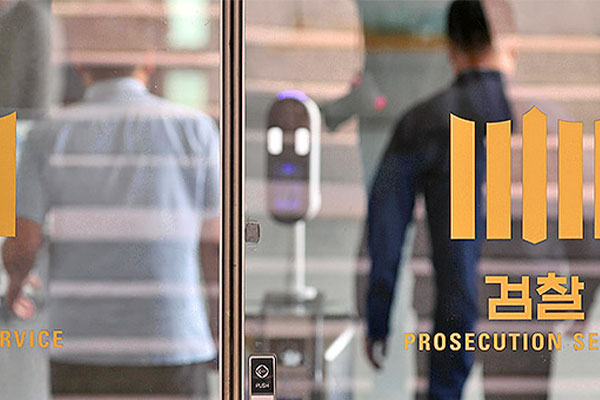 Prosecutors on Tuesday raided the residences of former spy agency chief Park Jie-won and former defense minister Suh Wook as part of the investigation into the 2020 death of a South Korean public official.

Investigators from the Seoul Central District Prosecutors’ Office began combing through Park’s and Suh’s houses as part of efforts to look into allegations that the previous government fabricated internal documents to make it appear that the public official who was killed by North Korean soldiers near the western maritime boundaries had sought to defect to the North.

The 47-year-old fisheries official, Lee Dae-jun, went missing while on duty in waters around Yeonpyeong Island near the border with the North, and was later found in North Korean waters after being shot by the North's military in September 2020.

According to minutes of a meeting of the National Assembly’s National Defense Committee dated September 24, 2020, Suh, after first being briefed on Lee’s disappearance, ordered ministry officials to check whether Lee had possibly attempted to defect to the North.

Former National Intelligence Service Director Park is accused of power abuse for allegedly ordering the deletion of intelligence regarding the circumstances under which the fisheries official was killed by North Korean soldiers.
Share
Print
List