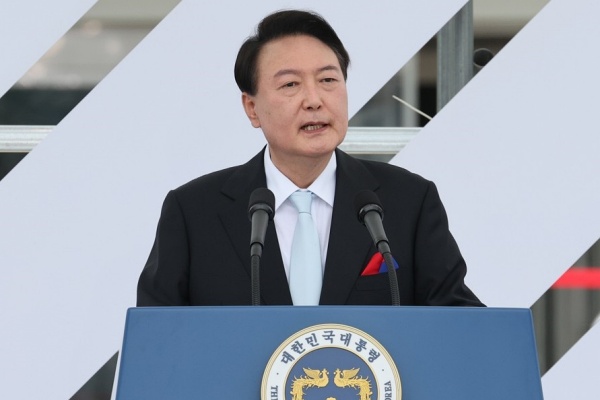 Yoon made the remarks on Tuesday when asked about his Liberation Day message lacking a proposal on resolving the issues of wartime sexual slavery and forced labor.

The president said his message the previous day was more generalized and did not get into the details of each issue, but that Japan's wartime atrocities were included in his emphasis on liberty and value of human rights.

He also stressed that he has been giving much thought on the matter since before taking office.
Share
Print
List