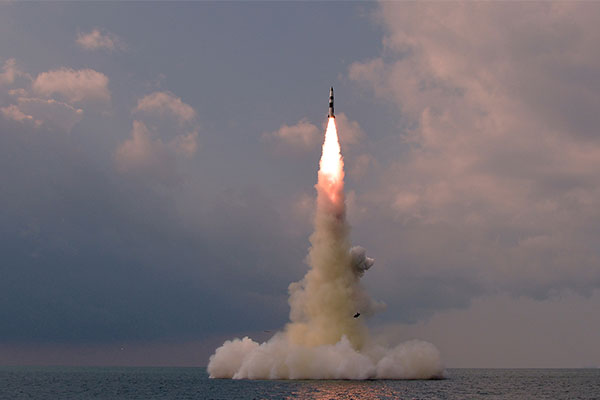 The South Korean military has detected signs in North Korea that suggest the regime may be preparing to fire a submarine-launched ballistic missile (SLBM) from the Sinpo area on the east coast.

This move comes a day after the nuclear-powered USS Ronald Reagan aircraft carrier arrived in South Korea for a combined military exercise, and pundits say Pyongyang could be planning to fire a missile in protest.

The military reportedly detected possible signs of preparation for an SLBM test on Wednesday and Thursday, but has not unveiled details of what they are.

The eastern coastal city of Sinpo is home to the North's production, development and test facilities for SLBMs, with a ground test-launch site nearby.

Seoul's presidential office said President Yoon Suk Yeol was briefed on the situation during his flight back home from Canada as he chaired a security meeting.

South Korea and the U.S. will hold joint naval drills in the East Sea later this month joined by the USS Ronald Reagan and also the ​nuclear-powered USS Annapolis submarine.
Share
Print
List