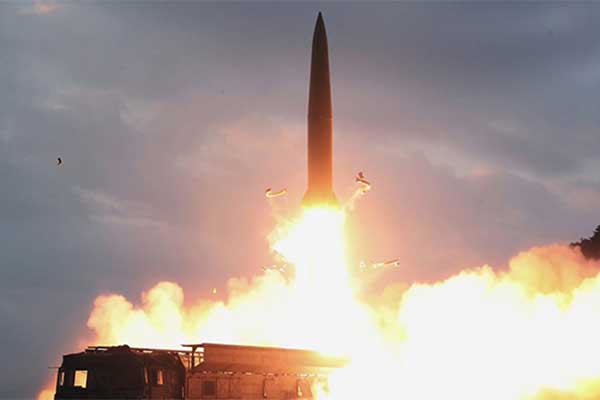 The military is analyzing the details of the launch, including the range, altitude and speed.

The missile was reportedly launched from an inland area in North Korea.

The South Korean military recently said it detected signs suggesting the North may be preparing to fire a submarine-launched ballistic missile (SLBM) from the Sinpo area on the east coast.

The firing comes after the USS Ronald Reagan carrier strike group arrived in the southern port city of Busan on Friday to hold combined drills with the South Korean Navy.
Share
Print
List