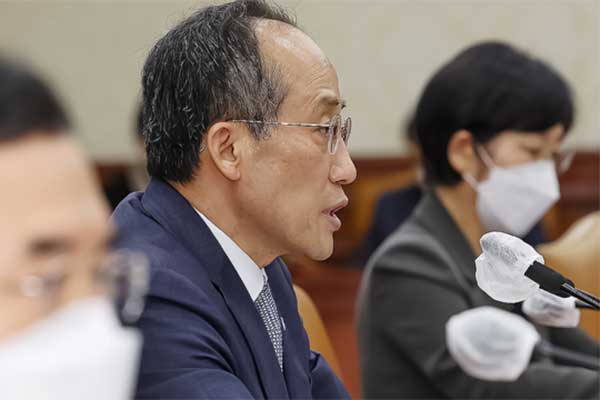 The finance chiefs of South Korea and the U.S. held a conference call and discussed the U.S. Inflation Reduction Act and cooperation in the foreign exchange market.

The two shared the view that despite the strengthening dollar, the South Korean economy remains resilient against external shocks due to ample foreign reserves and foreign liquidity.

The two sides reaffirmed they were ready to work closely together to implement liquidity facilities in the event the need arises.

The conference call, requested by the Treasury, marked the fourth official talks between the two since Choo took office.
Share
Print
List