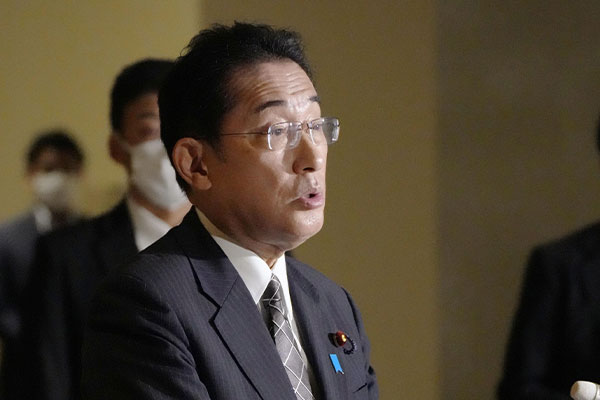 Japanese Prime Minister Fumio Kishida strongly criticized the launch of a presumed ballistic missile fired by North Korea that flew over his country on Tuesday morning.

Kishida issued a rebuke in a meeting with reporters on Tuesday, sharing the assessment that the missile appeared to have landed in the Pacific Ocean.

Calling the launch an act of “violence,” the Japanese leader said he strongly denounces the North Korean move. Tokyo decided to hold a National Security Council meeting on Tuesday morning to discuss responses to the launch.

According to Japan's public broadcaster NHK and other media, the Japanese defense ministry said that the North launched a projectile that appears to have been a ballistic missile at 7:27 a.m.

The missile prompted Japan to issue an alert urging residents in the northernmost island of Hokkaido and the northeastern prefecture of Aomori to take shelter as a precaution.
Share
Print
List