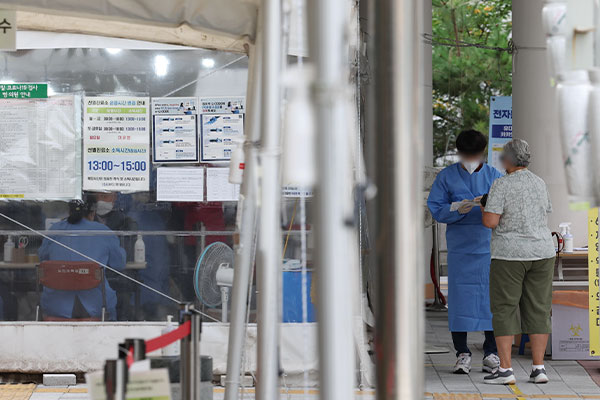 Daily COVID-19 cases on Tuesday doubled from Monday's tally to jump above 30-thousand amid reduced testing over the long holiday weekend.

The Korea Disease Control and Prevention Agency(KDCA) said Wednesday that 34-thousand-739 infections were reported throughout the previous day, including 69 from overseas.

The country's cumulative caseload came to around 24 million-882-thousand.

Although the daily tally doubled from a day ago with increased testing after the extended holiday, the figure decreased by 14-hundred from a week ago and 65-hundred from two weeks ago. It also marks the lowest in 13 weeks for Wednesday tallies.

The number of imported cases is falling sharply after the nation scrapped mandatory PCR tests for international arrivals within the first 24 hours of entry.

The figure fell below 100 for the first time since June 23.

The number of seriously or critically ill patients also fell by 20 from the previous day to 333, remaining in the 300s for the eighth consecutive day. It marks the lowest in about two months.