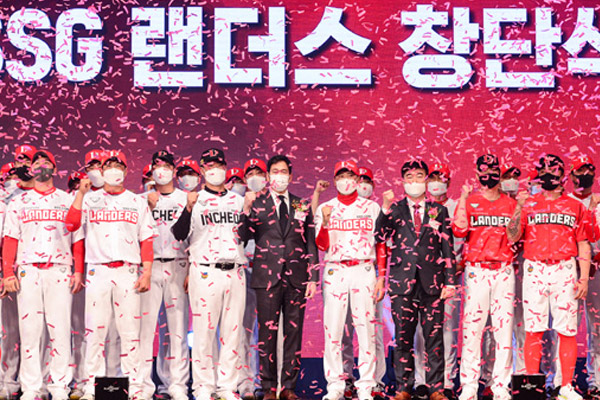 The SSG Landers have become the first "wire-to-wire" team to advance to the Korean Series in the history of South Korean professional baseball, which celebrates its 40th anniversary this year.

The Landers came to sit atop the ranking of the Korea Baseball Organization(KBO) league after its magic number came down from one to zero following a 3-8 loss by second-place LG Twins to the Kia Tigers in a Shinhan Bank SOL KBO League game on Tuesday.

The remaining three games have no bearing on the Landers’ ranking, having remained first in the league for the duration of the season to become the first wire-to-wire team in KBO league history with a record of 88 wins, 49 losses and four ties in 141 games.

The latest feat comes two years after retail giant Shinsegae Group purchased the SK Wyverns and rebranded the team SSG Landers, taking over a franchise that had made it to the Korean Series a total of three times in the past, most recently in 2010.
Share
Print
List