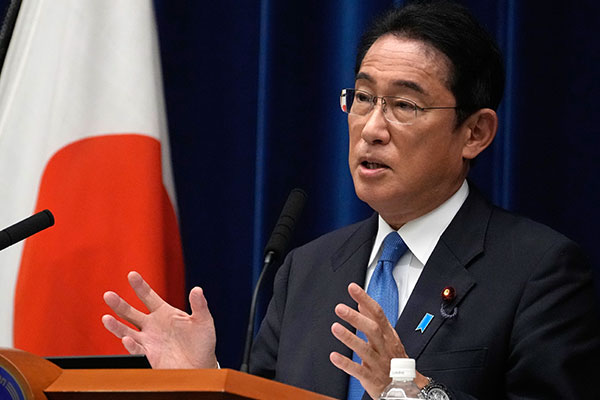 According to Kishida's official residence on Wednesday, the prime minister made the remark the previous night following a phone conversation with U.S. President Joe Biden about North Korea's latest ballistic missile launch.

Kishida said he wants to pursue future-oriented development in Seoul-Tokyo ties based on friendly relations built after the two sides signed the 1965 normalization treaty.

Referring to his recent summit with President Yoon Suk Yeol that produced an agreement to reopen various channels between their diplomatic officials, Kishida said he particularly wants to enhance communication on security issues linked to people's lives.

The prime minister earlier called for reinforced cooperation with Seoul and Washington to achieve the North's complete denuclearization in line with UN Security Council resolutions a day after the regime launched an intermediate-range ballistic missile that flew over Japan.
Share
Print
List