Health Minister: National Pension to be Reformed Based on Social Consensus 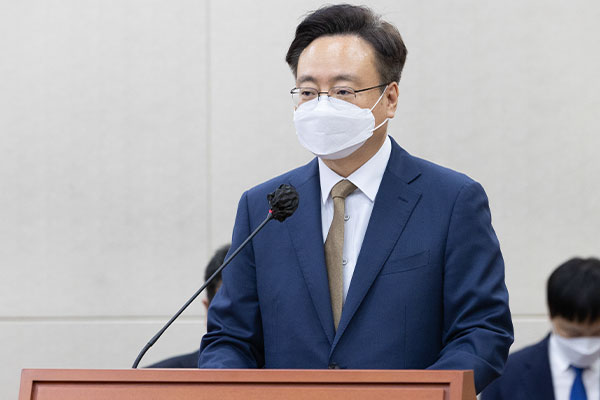 Newly appointed health minister Cho Kyoo-hong pledged to seek reforms of the national pension system based on social consensus in a bid to achieve sustainable welfare.

In his inaugural address on Wednesday, Cho, a former finance ministry official, said the reforms will establish a pension system that can coexist with different generations.

The minister also promised to reinforce essential healthcare services under the national health insurance system while ensuring its sustainability through financial management.

Cho said his ministry will focus on enhancing welfare for the socially vulnerable in the forms of a living allowance, emergency welfare and post-disaster health care support, utilizing big data to eliminate blind spots in the system and tighten the social safety net.