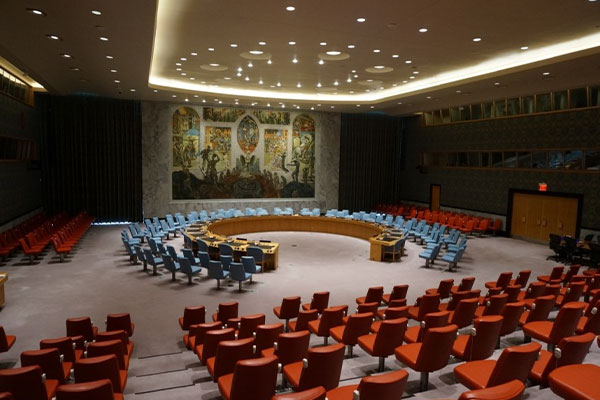 The United Nations Security Council(UNSC) will hold an open meeting on Wednesday to discuss North Korea's firing of an intermediate-range ballistic missile(IRBM) the previous day.

According to a foreign ministry official in Seoul, the South Korean mission is scheduled to attend the briefing that will begin at 3 p.m., local time, as a country of interest despite not being a council member.

The official added that Seoul is in close consultation with major allies, including those on the council, to see that the international community sends a stern message against the North's repeated violations of UNSC resolutions.

According to foreign media outlets, the U.S. along with Britain, France, Albania, Norway and Ireland have called for the emergency council meeting.

Reuters reported that China and Russia, two permanent council member states, opposed a public meeting, claiming that it would not help with efforts to ease tensions on the Korean Peninsula.
Share
Print
List