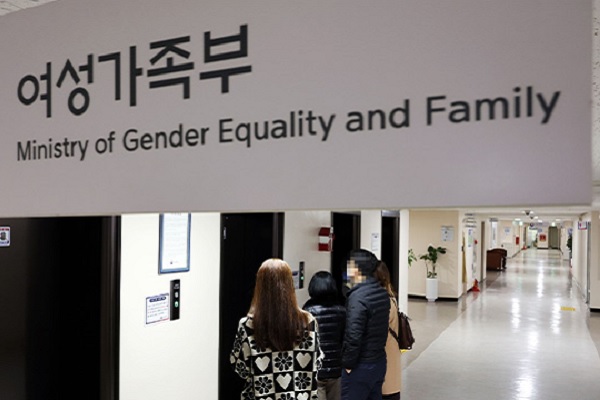 The vice interior minister sought opinions from the main opposition Democratic Party(DP) on the government's plan to downgrade the gender equality ministry into a division within the health ministry.

Vice interior minister Han Chang-seob on Wednesday announced revisions to the Government Organization Act that would abolish the Ministry of Gender Equality and Family and transfer its functions to a headquarters under the health ministry.

Following the briefing, DP spokesperson Oh Yeong-hwan told reporters that his party raised concerns over the demotion of the new headquarters chief to the vice ministerial-level, thereby losing leverage when negotiating with other ministries or agencies.

Although not insisting that the ministry keep its current name, the DP emphasized that the entity should remain to handle increasing crimes targeting women and to meet the United Nations' recommendation of an independent ministry addressing gender equality.

President Yoon Suk Yeol pledged to abolish the ministry during his presidential campaign, claiming that it has failed to fulfill its role. The pledge, however, was met with criticism that he was attempting to ingratiate himself with young male voters.
Share
Print
List