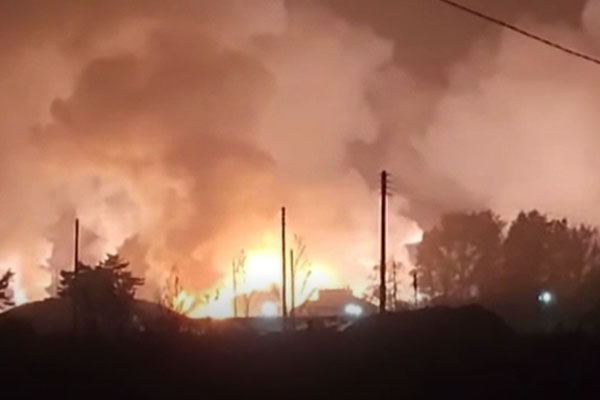 A South Korean missile that crashed upon launch during a joint drill with the U.S. in Gangwon Province on Tuesday night was found to have landed near a civilian residence.

The military said on Wednesday that the Hyunmoo-2 missile was judged to have flown backward, not forward, with its warhead discovered one kilometer behind the launch site in Gangneung and its propellant 400 meters further in the rear.

There were no explosion or fire caused by the crash, the military said, but a civilian house was found to be located some 700 meters south of where the warhead was discovered, raising speculation that the botched launch could have claimed human lives.

The military said it had inspected the problematic Hyunmoo-2 missile, and will continue to investigate the cause of the malfunction. It will also reinspect its stockpile of the same missile.

An official of the Joint Chiefs of Staff told reporters that the missile was launched from a shooting range within an unidentified military aircraft unit and fell onto a golf course fairway inside the military site.

The botched launch occurred during an alliance exercise in response to the North’s launch of an intermediate-range ballistic missile early Tuesday, which traveled around four-thousand-500 kilometers, passing over Japan before landing in the Pacific Ocean.
Share
Print
List