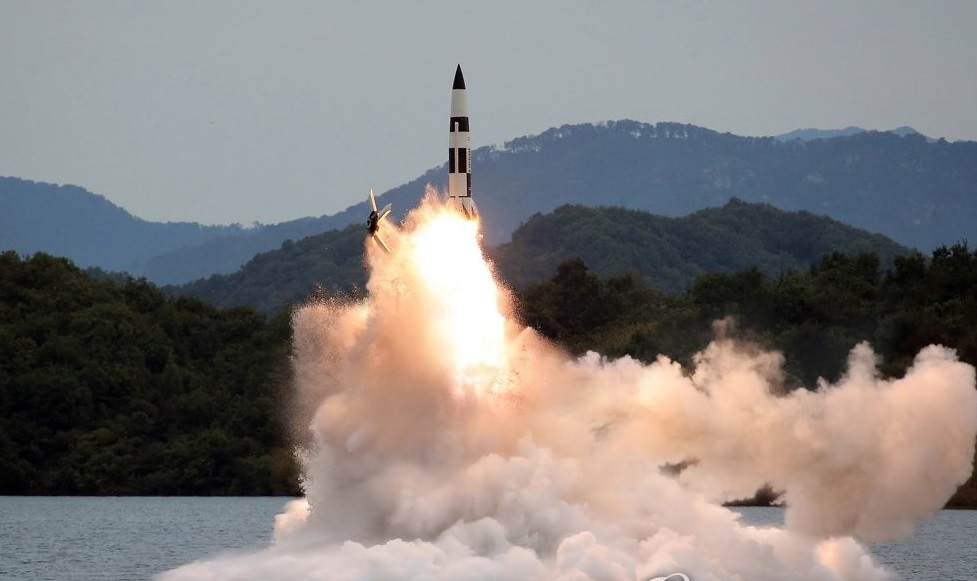 North Korean state media have disclosed dozens of photos of missile drills held at multiple military units during the two past weeks with leader Kim Jong-un present at the sites.

North Korea also claimed ballistic missile drills held on September 25 simulated the loading of tactical nuclear warheads at an underwater launch site in a reservoir in the country's northwest. One photo shows a mini SLBM soaring from an area that appears to be a reservoir.

Experts say no other country has ever launched an SLBM from a reservoir and speculate that Pyongyang may have developed a new launch platform to counter South Korea's "Kill Chain" anti-missile system.