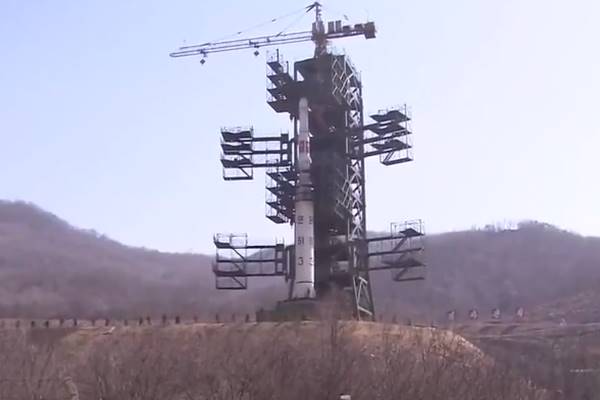 North Korea appears to be dismantling the outer wall of a transportable building at the Sohae Satellite Launching Ground in Tongchang-ri, North Pyongan Province

The Voice of America(VOA) on Wednesday said that satellite imagery from the U.S.-based James Martin Center for Nonproliferation Studies dated October 24 seemed to show the formerly white northwestern facade of the building torn down.

Although VOA had previously suggested that the building moved some 40 meters west of its original position based on images from October 11, David Schmerler, a senior research associate at the U.S. think tank, said more time is needed to determine what exactly the North is doing.

Changes were also sighted at the Tonghae Satellite Launch Ground near Musudan-ri, North Hamgyong Province, according to VOA, citing Google Earth images from May.

Sixty-three red-roofed houses were spotted some 200 meters west of the launch pad and ten were seen to the east, leading Schmerler to conclude that the facility will no longer be used.
Share
Print
List