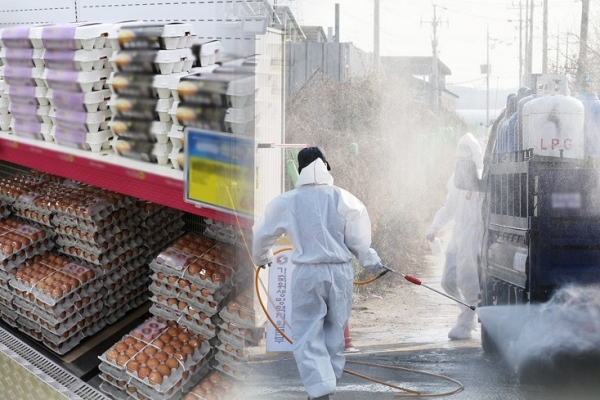 According to the government's AI response headquarters, a total of 21 cases of high pathogenic AI have been confirmed at local poultry farms between October 19 and November 26, with five of them reported from egg farms.

Despite the AI cases at egg farms, the Ministry of Agriculture, Food and Rural Affairs said the country's egg production remains stable.

However, wholesale and production prices slightly increased as large-scale distributors seek to secure sufficient stocks amid concerns about a possible supply shortage.

According to the Korea Institute for Animal Products Quality Evaluation, prices of ten eggs at production sites rose by three-point-four percent from one-thousand-628 won on October 28 to one-thousand-683 won on November 25, while wholesale prices gained five-point-two percent to one-thousand-908 won during the same period.
Share
Print
List