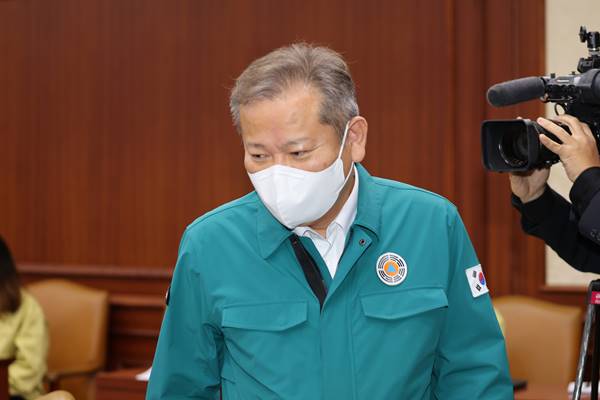 The presidential office has rejected calls from the main opposition Democratic Party (DP) to dismiss Interior and Safety Minister Lee Sang-min over the Itaewon crown crush.

A senior official at the top office told Yonhap News on Sunday that the rival parties have agreed to a parliamentary probe into the Itaewon tragedy, and it is preposterous to demand the dismissal of Lee even before properly launching the probe.

Another senior official of the ruling bloc also said that the opposition party made an unacceptable demand.

On Friday, DP floor leader Park Hong-keun called on President Yoon Suk Yeol to dismiss the interior minister, warning that the National Assembly will personally seek to have those responsible for the crowd surge be held accountable if the president “refuses the people’s wish” by Monday.

Park’s comments suggest that the DP will consider a motion seeking Lee’s removal or a motion to impeach the minister if Yoon fails to dismiss him.
Share
Print
List