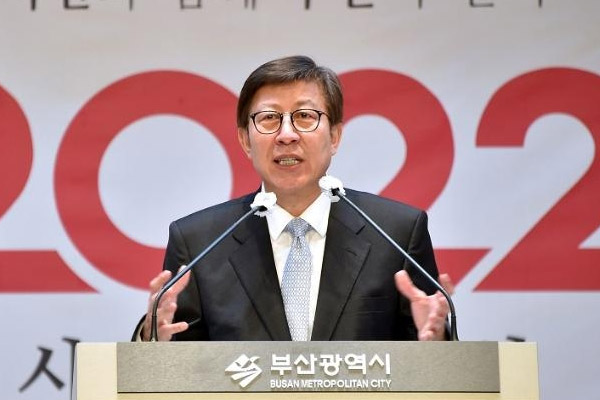 Busan Mayor Park Heong-joon will embark on a European tour this week as President Yoon Suk Yeol's special envoy to promote the country's bid to host the World Expo 2030 in the southern port city.

The city government said on Sunday that the presidential delegation led by Mayor Park will depart on Monday for a ten-day trip to four European countries – France, Bulgaria, Bosnia-Herzegovina and San Marino.

The delegation includes representatives from Busan City, the Foreign Ministry, and the Busan Chamber of Commerce and Industry, which will aid the nation in winning the backing of top Bureau International des Expositions (BIE) member country officials for its bid.

Park will first attend the 171st general assembly of the BIE on Tuesday and appeal to representatives of around 170 BIE member states in the third competition presentation session.

The special presidential delegation will then visit Bulgaria, Bosnia-Herzegovina and San Marino from Wednesday to November 6.

The winner of the 2030 event will be chosen in a general vote by BIE member states late next year based on five rounds of presentations, written plans and on-site inspections. Busan is currently competing with Riyadh, Saudi Arabia and Rome, Italy.
Share
Print
List