5 Dead in Helicopter Crash in Yangyang 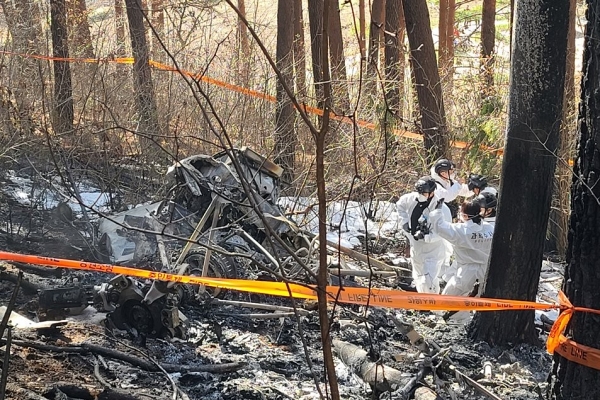 A helicopter for wildfire prevention activities crashed in the eastern coastal area of Yangyang on Sunday, leaving five people dead.

According to authorities, the S-58T chopper, co-rented by the regional municipalities of Yangyang, Sokcho and Goseong, crashed at a hill in Yangyang around 10:50 a.m.

Fire authorities sent a rescue team to the site, but five people were found dead at the crash site, with the identification of the bodies underway.

The ill-fated helicopter reportedly took off at around 9:30 a.m. from the Seorak area in Sokcho City, about 30 kilometers from the crash site.

The crash caused a fire at the aircraft and the nearby area, blazing about 100 square meters of forest.
Share
Print
List